First road trip of the year.  2,426 miles starting with a visit to Oxford, Michigan for Austin’s graduation open house (I have a grandson graduated from high school already?!?). Then on the Lia, Chris and Emma’s for a couple days where we also met up with Stephen and Heidi and Lexi.  So a couple days in and I already have seen 5 of my grandchildren.  Emma is losing her teeth! 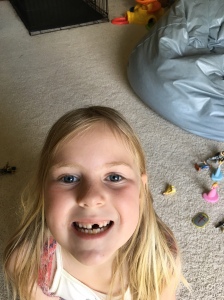 Next up was Pennsylvania for a 5 day visit with Brian, Amy and Sammy.  Spent a lot of time at the ball diamond since Brian coaches one team and Sammy is on another team.  Sammy is going in the seventh grade now and he is also doing some cross country training this summer.  Must have some of Uncle Ted’s genes in his system.

Sammy and I had a great hike in the governor Dick trail system, including climbing the ladders to the top of the observation tower. 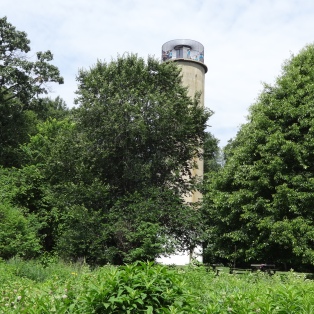 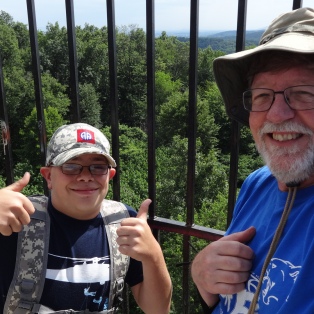 I also had an encounter with an assassin bug.  I did not know what it was at first, and discovered that if I put my finger near it, it would walk towards my finger instead of away.  Fortunately for me, I did not let it get to my finger.  Whew!  Also saw a butterfly on our hike.  Kind of the beauty and the beast. 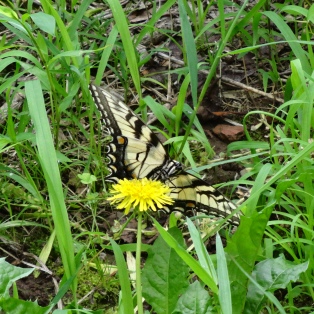 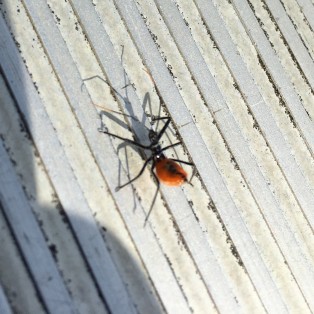 Then on to Maryland with a short visit with my cousin Susan McArdell.  Did not stay for long but had a great visit and did a lot of talking about all our relatives.  Got some new information for my genealogy research and also had a long talk via phone with my cousin Tom McArdell who has done much research also.  I see more trips in my future! 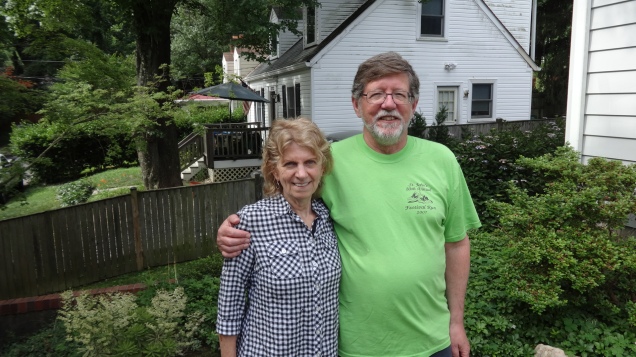 Then on to Stephanie and Steven’s in North Carolina (via lunch at Steve and Kathy Clemons in Salem, VA).  Had a great visit there for about 4 days, including a visit to see Dan Warren in Easley, SC with a nice lunch downtown Greenville and a visit to Bob Jones University. 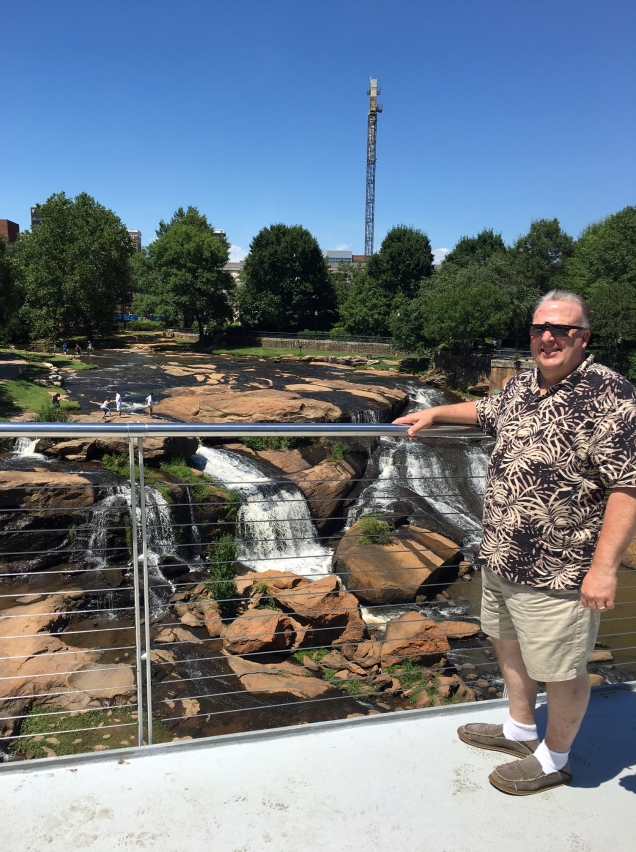 Made it one day to Mount Airy, NC which is the boyhood home of Andy Griffith.  Had lunch at Snappy’s (which blew up Stephanie’s diet) and visited the museum (not so great) and many gift shops.  Saw the huge school she teaches at (9 classes in each grade!) in South Carolina, Harrisburg Elementary school.  Ended the trip coming home through Troy Ohio and overnight stay with Lia, Emma and Grandpa Risheill. 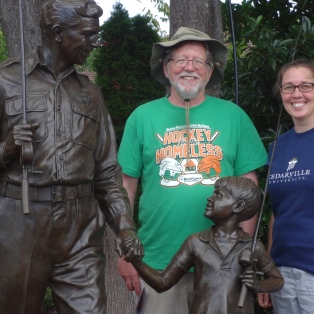 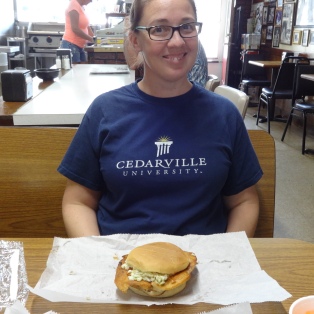 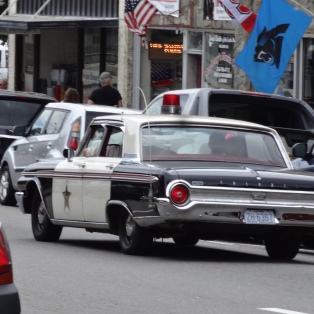 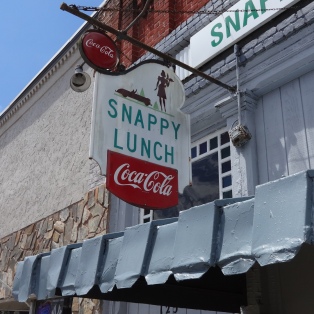 And last but not least, meet my new girlfriend Thelma Lou! 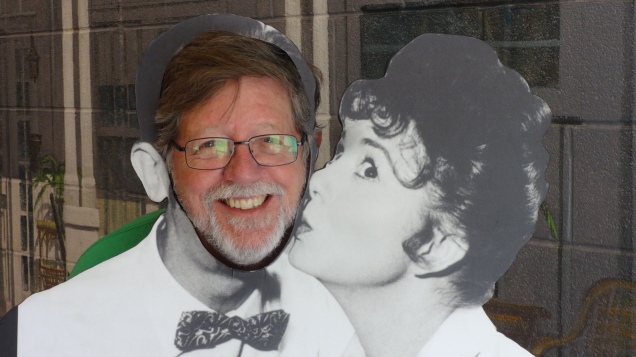